The Gaels of November

As the seasons change, the standings shift & the Players take time to remember. 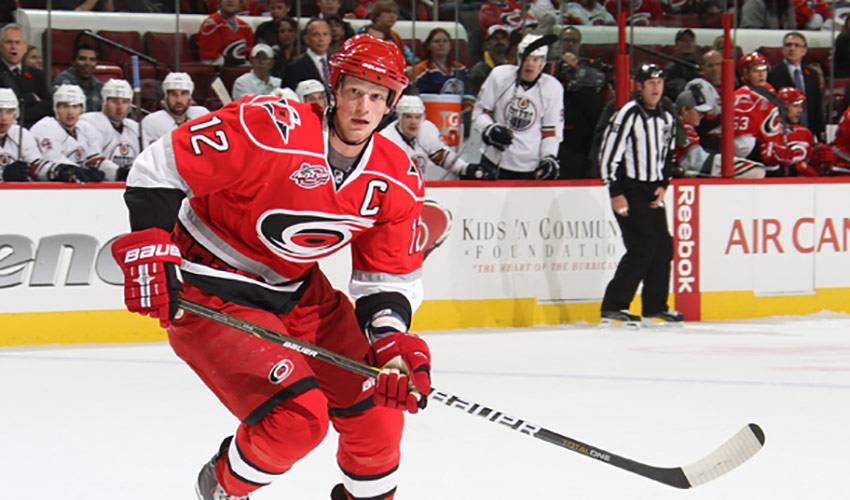 In four games since the beginning of the month, the Washington Capitals are perfect for November and are building a lead over the rest of the NHL when it comes to the standings. Their 22 points are tops in hockey, with a current five-game winning streak making everyone in the league take notice of their play. The past week provided the Capitals with three tough challenges, with games against Boston, Philadelphia and the New York Rangers giving them a taste of some of the best teams in the Eastern Conference. Last Friday's game against the Bruins ended in a victory by Washington, as John Carlson scored a late goal in the third period to break a 3-3 tie, which eventually finished 5-3. Sunday saw the Capitals match-up with the Flyers in Washington, and the home town team got great goaltending from Braden Holtby, who was making his first career NHL start. Mike Green scored the winner in overtime, as the Caps won the game, 3-2. The Capitals capped off their great run on Tuesday night at Madison Square Garden in New York, beating the Rangers by a score of 5-3 after trailing for most of the game. Brooks Laich scored a pair of goals for Washington, while Matt Hendricks had the game-winner.


Play of the Week:

Not usually known for his goal-scoring (his last regular-season goal scored on February 11th, 2009), Paul Mara chipped in with a goal on Sunday against the Nashville Predators that was both huge for the Ducks and incredibly timely. Buzzer-beaters are rare in hockey, but Paul was able to help his team pick up a win just in the nick of time. With the score tied at 4-4 in the waning moments of regulation, Anaheim's Corey Perry picked up a pass just inside Nashville's blue-line, spun around and passed to Bobby Ryan, who spun around himself and fed the puck cross-crease to a pinching Mara. Mara shot the puck past Nashville's Anders Lindback, giving the Ducks a 5-4 lead with only 1.7 seconds left in the third period. It was Anaheim's third win in a row, a streak they have since pushed to five.


Milestone of the Week: RYAN SMYTH

One of the more popular players in the league since making his debut in 1994 with the Edmonton Oilers, Ryan Smyth is now into his 16th NHL season, providing veteran experience on a young Los Angeles team. One of only four players on the team that is in their 30's, Ryan can now solely claim a senior milestone in the dressing room, having just played his 1000th career game. Ryan passed the mark in a 4-1 win over the Nashville Predators last Saturday night, in a game that saw him score the Kings' third goal. Congratulations to Ryan from NHLPA.com on this historic achievement.

Staal, the Hurricanes captain, has been a leader in almost every way for Carolina since being drafted by the club in 2003, and the team can always count on him to provide scoring punch. On Tuesday night, Staal did just that, helping the Hurricanes pounce on the Oilers early and never letting them back into the game. In a rematch of the 2006 Stanley Cup Final, Staal set-up four goals through the course of the game, delivered three hits and had eight shots on goal in what turned out to be a 7-1 romp by Carolina. Three of Staal's assists came within the first 7:19 of the game and it was the ninth time in his seven- year career that he scored four points or more.

“We get looked up to by lots of people. Probably more children would rather be hockey players than soldiers. It's a tough job and a tough thing to do, but soldiers are definitely way beyond any type of hero you could label us as. Just look at what they do day in and day out. It's really amazing.”

- Flames defenceman Ian White, reflecting on Remembrance Day and the respect that NHL players have for members of the military