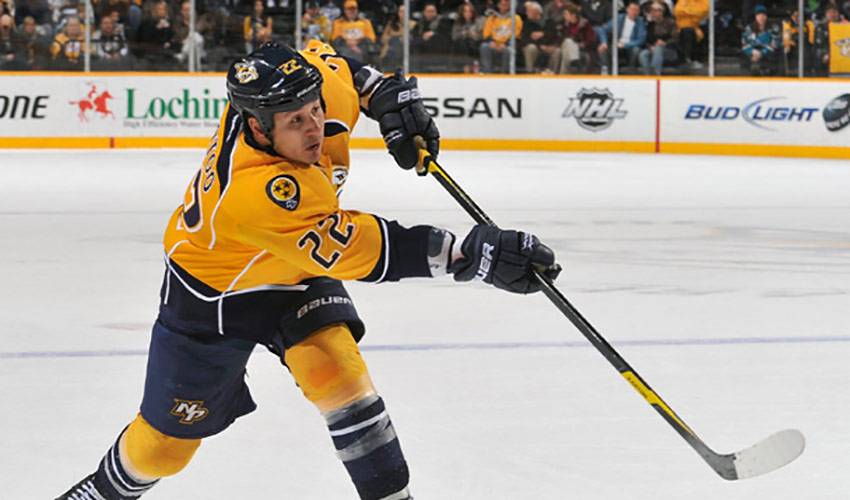 He's a player that tormented them for eight years, a physical force that made life miserable for the Detroit Red Wings on many a night. And it's just the reason why they went out and signed Jordin Tootoo to a three-year contract.

There were countless occasions when Tootoo, who up until about a week ago was a member of the Nashville Predators, flattened Detroit players with a well-timed hit, wreaked havoc in their zone with aggressive forechecking and chipped in with some timely offence.

Now, he'll skate alongside many of those same players, after he signed as an unrestricted free agent with the Central Division club.

Perhaps, when he walks in the dressing room for the first time, he should say, ‘Hi. I'm Jordin. Remember me?'

“That's not bad,” laughed Tootoo, who spoke with NHLPA.com one day after he inked the deal with Detroit.

“I played eight years against them. They know me and I know them. I'm really honoured to play for Detroit. They were our nemesis, but I always respected them. It's good to be here.”

The Red Wings, who have made earlier than expected exits from the playoffs the past three seasons, including to Nashville in the first round last year, will no doubt appreciate the sandpaper style Tootoo has become known for.{{QUOTE}}

And while he might not have the same scoring finesse as some of his new teammates, the 29-year-old, who had an NHL career-best 30 points in 2011-12, is looking forward to playing his part in letting his fellow Wings do what they do best.

“They have so many dynamic players, creative guys that can score any number of ways,” said Tootoo, who was taken 98th overall by Nashville in the 2001 NHL Entry Draft. “These players are game changers. That's why I think it's a good fit for me here. I can bring that physical element that will hopefully enable my linemates to get some quality scoring opportunities. This is something special.”

It's readily apparent that Tootoo, who has appeared in 496 career NHL regular season games, is eagerly anticipating the start of the 2012-13 campaign.

Just how excited is he?

“I'm so ready for it,” admitted Tootoo, who became the first player of Inuit descent to play in a regular season NHL game when he suited up against the Anaheim Ducks on Opening Night October 9, 2003. “It was time for a change for me. I'm ready to get into the gym and on the ice and work on every part of my game. I want to be bigger, stronger and faster. I'm going to focus my energies on my training and conditioning so I can be at my best.”

As for how many minutes he plays and what situations he'll be part of, Tootoo, in typical fashion, wants to earn his keep the old fashioned way

“I'm going to work hard,” noted the 5'9”, 215-pounder, who played four campaigns with the Brandon Wheat Kings of the Western Hockey League, hitting the 30-goal mark on two occasions. “It will be tough, but I want to work for everything I do. That's just part of my DNA. I wouldn't want it any other way.”

Tootoo, who played in the 2001 CHL/NHL Top Prospects Game and posted the hardest shot in the 2001 Top Prospects Skills Evaluation (96.1 mph), is still marveling at the opportunity that has presented itself, playing for one of the league's most decorated organizations, an 11-time Stanley Cup winner.

“All of the history behind it…that's amazing,” said the right winger, who was part of the Team Canada entry that won silver the 2003 World Junior Championships. “To play for an Original Six team is something truly special. It's a new environment for me, but I'm motivated.”

The player who scored his first playoff goal on April 10, 2008, against the Red Wings in Game 1 of their Western Conference quarter-final matchup, is indeed a happy man these days.

“It's a great chance for me,” said Tootoo. “I want this to be a really big year for all of us.”

Player of the Week - Jordin Tootoo

Tootoo has shown through his style of play, and his timely scoring, that he is tailor-made for playoff hockey.

The NHL and NHLPA announced that Jordin Tootoo has been cleared to play in NHL games while he continuing follow-up care phase of the Substance Abuse and Behavioral Health Program.

Predators' Tootoo Cleared to Return to Practice by NHL/NHLPA