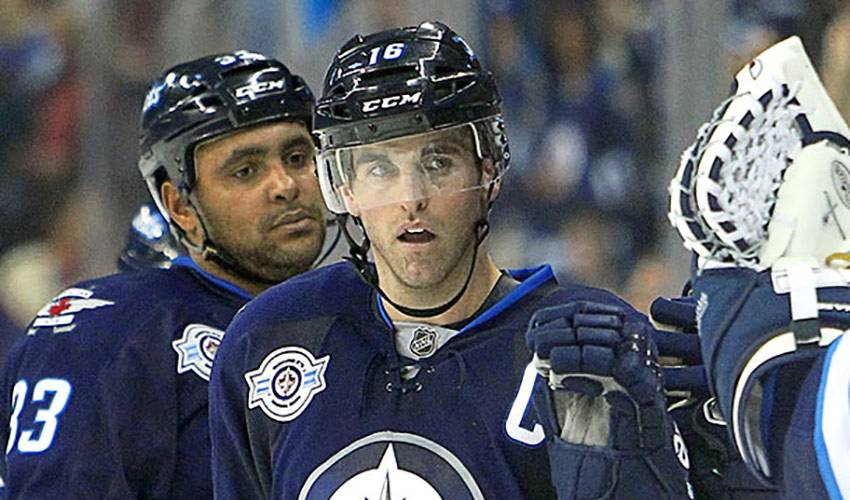 It’s Hockey Night in Canada, Winnipeg style, on November 17th, when the Winnipeg Police Service Patrolmen Hockey Club takes to the ice against some NHLPA members, in the Goals for Dreams Hockey Challenge.

The puck is set to drop at 3:00 p.m. at the University of Manitoba’s Max Bell Centre in a game that will see all the proceeds raised go directly to support the Dream Factory and Children’s Hospital Foundation.

“The entire town is buzzing about this, and everyone is looking forward to seeing the amazing lineup assembled for the game,” Winnipeg Constable Shaun Chornley, Team Coordinator and Event Coordinator, told NHLPA.com. “The roster reads like an all-star game.”

“It’s been unbelievable in terms of the support from businesses, sponsors, the players and the Winnipeg Police,” said Ladd. “Things have come together so quickly in such a short timeframe.”

The Winnipeg Police Service Patrolmen Hockey Club will be split up among both Team Ladd and Team Stuart.

“I have had a great relationship with the players, over the years, working in the Western Hockey League as a Scout,” continued Chornley. “However, I was able to get to know Andrew Ladd and Mark Stuart well over the past month. Their dedication to the Dream Factory and Children's Hospital Foundation and sense of community throughout this project has been remarkable. They are both first-class guys.”

The Dream Factory is a Manitoba-based children’s charity that provides wishes to children with life threatening illness.

The Children’s Hospital Foundation is a Manitoba-based charity whose purpose is to raise and distribute funds for the advancement of knowledge and care in the fields of child health and child health research.

“This game is a great way to give back to the fans and raise funds for two extremely important children's charities,” noted Chornley. “The fans will feel close to the players, and have the opportunity to see the human side of NHLPA Players and Police Officers.”

At the conclusion of the game, those in attendance will have an opportunity to “win the jersey off the NHLPA player’s backs.” “It’s a huge thing to have so many of the guys support this,” said Ladd. “To take time out of their lives, when so many have families, it’s a great thing. Hopefully, everyone in the stands has a great time.”

The game will include mascots, tykes’ teams, and a post-game autograph session.

The Patrolmen are comprised of Winnipeg Police Officers, with the majority of the team having NHL, AHL, ECHL, CHL, WHL, OHL or NCAA playing experience.

The team has been in existence since 1998, and has raised over $280,000 for Manitoba-based charities.