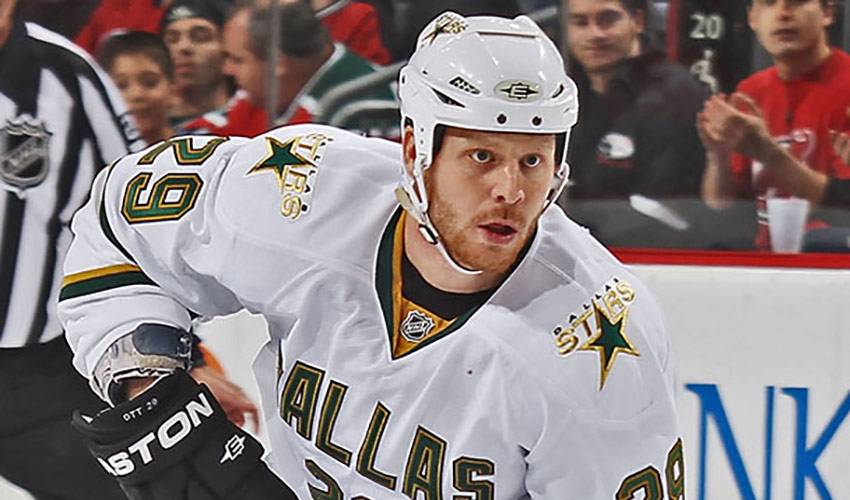 It was a charity game that proved to be a big hit, with no hits, but one that still made an impact on a very worthy cause.

Approximately 4,500 people filled the stands at Windsor’s WFCU Centre on December 8 for the ‘Rock Out The Lockout’ charity game, an event that saw a bunch of locked-out NHL players hit the ice for charity. Steve Ott was front and centre, along with Dan Cleary, in organizing the game that saw funds raised go to Sparkles From Above, a childhood cancer foundation. And despite not being able to play his typical sandpaper style, Ott was thrilled to get out on the ice with some friends and put a great cause in the spotlight. “I knew I couldn’t do certain things out there,” laughed Ott, who was born in Prince Edward Island, but moved with his family to the Windsor area when he was young. “This was my poor attempt at being in an all-star game. I had to do things out there I normally wouldn’t. But it all turned out perfectly in the end. It seems like everyone had a great time.” At the very least, Ott can say he skated away with bragging rights when the final buzzer sounded. Ott's Team White bested Cleary's Team Black by a score of 17-11, with Kevin Westgarth scoring four goals. “To be in a game-type situation was fun and to have the support of the people made it a great night,” offered Ott, who played his junior hockey with the Ontario Hockey League’s Windsor Spitfires scoring 116 goals in three seasons. “Most importantly, seeing the money go to Sparkles was really special. I asked each of the guys before the game started to donate some of their own money and we came up with $10,000. They didn’t just give of their time. They went beyond that.” The event was put together in about a dozen days, a tight timeline that saw several people step in to ensure things went smoothly. “It was an eye-opener, for sure,” admitted the 30-year-old centreman. “There are so many layers to something like this. So many people work behind the scenes that don’t get enough credit. Everyone worked hard to make sure it was done well. You just hoped everybody enjoyed themselves.” Ott certainly believes they did. “The smiles on the guys’ faces throughout the game said a lot,” recalled the 25th overall selection in the 2000 Entry Draft. “It was nice to hear the fans cheering for you. At the end of the game, we went to centre ice and raised our sticks to the crowd to say thank you. The building got really loud. You realized right then and there how much you miss that.”

Between The Bluelines With Steve Ott

Stars Ott To Be Good