Sidney Crosby: "It's A Huge Honour"

Although Sidney Crosby’s name can be found on a number of notable trophies, the Ted Lindsay Award, which he won for the third time on Tuesday night, is especially meaningful for the Pittsburgh captain. 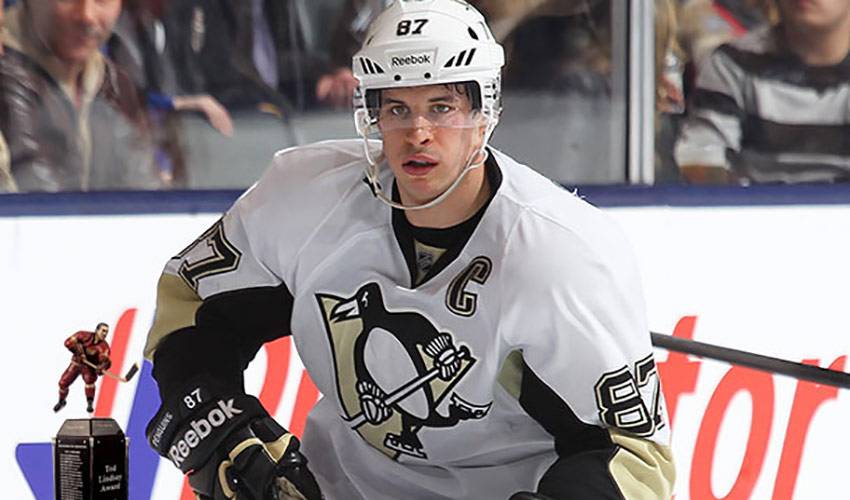 Although Sidney Crosby’s name can be found on a number of notable trophies, the Ted Lindsay Award, which he won for the third time on Tuesday night, is especially meaningful for the Pittsburgh captain.

It speaks to the talent you possess and the regard in which those talents are held when your peers pick you as the NHL’s “Most Outstanding Player.”

That certainly wasn’t lost on Crosby, who accepted the Ted Lindsay Award at the annual NHL Awards in Las Vegas.

“It means a lot,” Crosby told NHLPA’s Ryan Parker. “It’s a huge honour to win this, one where you’re recognized by the guys you compete against every night. I have a great appreciation for that.”

He also has an appreciation for the opportunity to speak with Lindsay, the man who presented him with the award.

“Every time I’m around him, I just sit back and listen,” said Crosby, of the man who played a large role in organizing the NHLPA in the late 1950s. “He has so much to offer. He’s done so much for us. It’s an honour all the way around.”

While his play speaks volumes about Crosby’s immense talent, including a 2013-14 campaign that saw the pride of Nova Scotia lead the league in points (104) and assists (68), his teammates are quick to do the talking when it comes to their leader’s impact.

And although they’ve seen it countless times before, it always manages to leave them suitably impressed: watching No. 87 change the face of the game in a matter of seconds.

“If we’re down or goal, or the game isn’t going our way, Sid has the ability to do something to turn things around in an instant,” said defenceman Brooks Orpik. “It’s never a surprise to see him get the puck on his stick, pick up steam, and then either score, set someone else up or make that big play.”

Rob Scuderi, who played with the Penguins for five seasons starting in 2003-04, before signing as a free agent with Los Angeles in 2009-10, spoke about his return to the Penguins this past season, including his observations on suiting up with and against Crosby.

“When you play against guys like Sid, you are very aware of when they are on the ice, and what they can do,” said Scuderi. “You saw that in practice. The way he prepares for games, the commitment he has – you have a lot of respect for those types of players.”

With a trio of Ted Lindsay Awards, a pair of Hart Trophy honours, and a couple of Art Ross trophies, Crosby’s name is synonymous with noteworthy personal achievements.

Yet, for the 26-year-old former No. 1 overall pick, his motivation comes in the form of team success, something those who play alongside him readily acknowledge.

“He could have a great night, personally, but if we lose, he wouldn’t be happy,” said Orpik, one of the Penguins’ alternate captains. “What drives him is the team succeeding. That’s the bottom line for Sid.”

For a link to the NHLPA’s Ted Lindsay Award page, click here: http://www.nhlpa.com/the-players/ted-lindsay-award