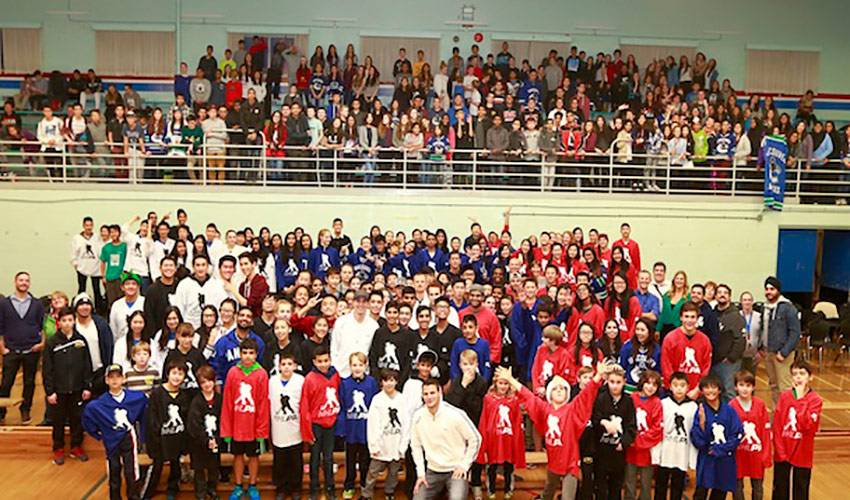 The event kicked off at the Sir Winston Churchill Secondary School, where the Vancouver Canucks players were introduced one by one by special emcee, CTV Vancouver’s Perry Solkowski, to a packed gymnasium of more than 330 very excited youths. The NHLPA G&D fund then presented a donation of $25,000 worth of hockey equipment in the form of 50 complete sets of equipment, which will be divided between KidSport BC and the Sedin Family Foundation.

Vancouver marks the third stop on the G&D 15 tour. G&D, the largest grassroots hockey assistance program in the world, has contributed over $22 million to grassroots hockey programs and given more than 70,000 children the opportunity to play hockey in 32 countries since being established in 1999. It has worked with many hockey assistance programs in the past, and has a longstanding relationship with KidSport BC and the Sedin Family Foundation, which made Vancouver an important stop for the tour.

Following the donation, the players participated in a question and answer session, giving several lucky students the chance to interact one on one with their hockey heroes.

Kevin Bieksa answering a question during the players' Q&A #GD15

The players and youths from KidSport BC suited up in NHLPA jerseys for a fun round of floor ball games, to wrap up the event.

Alex Burrows and Linden Vey take the face off. #GD15

Kevin Bieksa and Daniel Sedin showing off their ball hockey skills with youth players from KidSport BC. #GD15

“We have a 10-year relationship with Goals & Dreams,” explained KidSport BC Director, Pete Quevillon. “And for us, the beauty of this relationship is that while we can assist with the registration fees, we can’t help with equipment - we just don’t have the capacity. Goals & Dreams has allowed us to distribute over 450 sets of equipment over the last decade to kids far and wide in the province of BC. It’s been a true blessing for us that we could not otherwise have hoped to achieve.”

Once the games came to a close, youths who took part in the game as well as students in attendance were able to come up and meet the NHL players, pose for photos with them, and collect autographs - a memorable close to a great event. 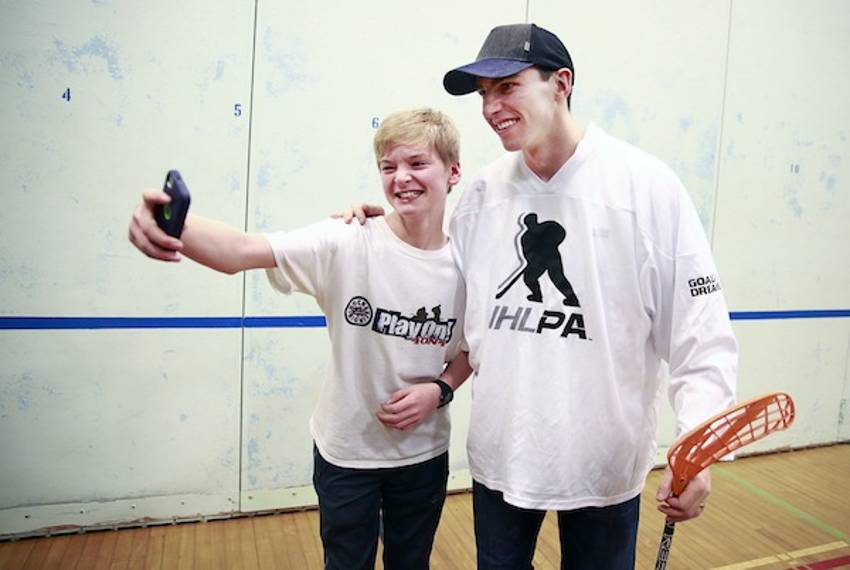 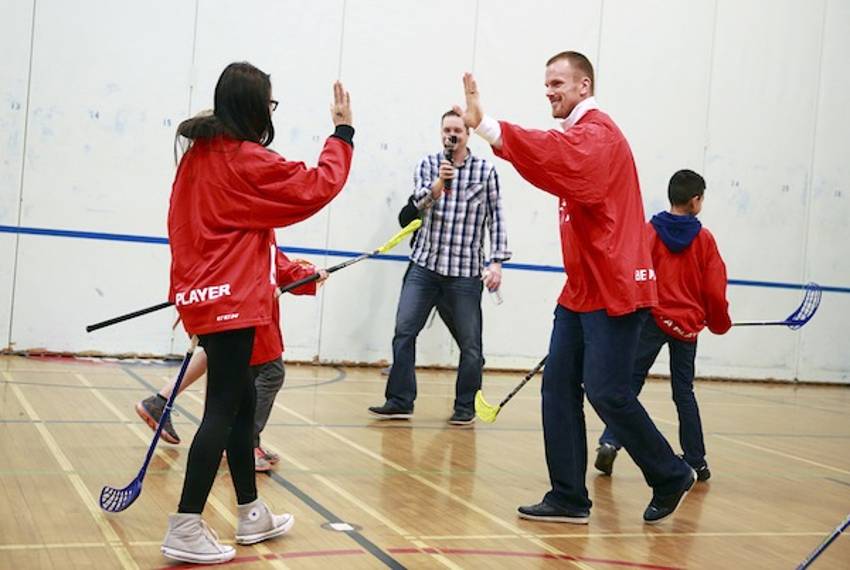 The next stop on the NHLPA Goals & Dreams Anniversary tour schedule is Toronto, Ontario in early 2015.

The donation was unveiled on the Canada 150 Rink at Parliament Hill with PPS, RCMP and local children from the Conseil des Écoles Catholiques du Centre-Est (CECCE) elementary school board.

If you're an Ottawa Senators fan, you may want to pay special attention to this week's Player Q&A and get to know Alex Burrows.

After many intense battles with the Ducks, Kevin Bieksa now finds himself joining the team he once called a huge rival