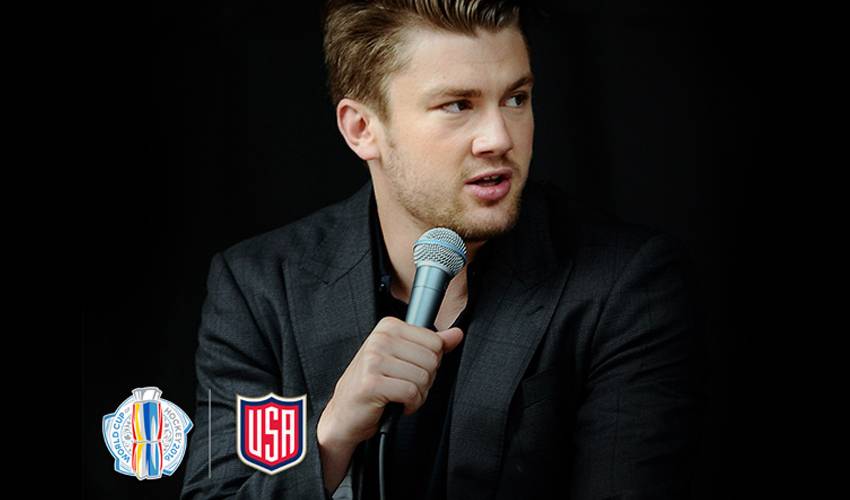 Given the fact he’s reached the 20-goal plateau twice and 30-goal level once in his NHL career, the 27-year-old van Riemsdyk would appear to be a natural at pinpoint accuracy under stressful conditions.

While that’s true in NHL circles, the Maple Leafs forward admits he’d be off the mark if he were currently competing in Brazil.

“To be honest, I’d be the worst at any type of shooting event,” said van Riemsdyk. “I don’t think it work out that well at all.”

The New Jersey native does, however, enjoy catching as much Olympic action as he can.

“Any event that has Michael Phelps in it is something I definitely tune in to see,” he said of the U.S. swimmer who has the most career Olympic gold medals with 23. “He’s an amazing athlete. I also really like watching (track & field star) Usain Bolt compete. It’s always exciting when he’s racing. I also enjoy seeing any of the volleyball events.”

The former second overall pick of Philadelphia in 2007 will look to serve up steady offence and veteran leadership when Toronto begins its 2016-17 campaign, starting on October 12, when the Leafs face off against Ottawa.

It’s easy to see understand why he wants to get things rolling.

Last season, van Riemsdyk was limited to 40 games after fracturing his left foot blocking a shot in mid-January. Up until that time, he was leading the team with 29 points and was second in goals (14) and shots on goal.

Before the left-winger dons the blue and white jersey again, he’ll wear the colours of the U.S. in the World Cup of Hockey.

He’s certainly no stranger to the international scene, having played for his country at several notable events. In 2006, van Riemsdyk won gold at the World Under-18 Championships.

One year later, he skated in seven games with Team USA at IIHF World Under-18 Championship, where he recorded 12 points (5 goals, 7 assists) and won a silver medal. He ranked first (tied) in tournament scoring, was named Tournament MVP, Top Forward and selected to the Tournament All-Star Team.

On September 17, van Riemsdyk and the American squad kick-off their quest for World Cup supremacy with a game against Team Europe.

“There are two things that really stand out for me when it comes to the World Cup,” he said. “I get the chance to represent my country on the big stage and I also get to play in front of Leafs fans.”

He’ll also be taking his best shot, which in this instance, is a very good thing if you happen to be a U.S. hockey fan.