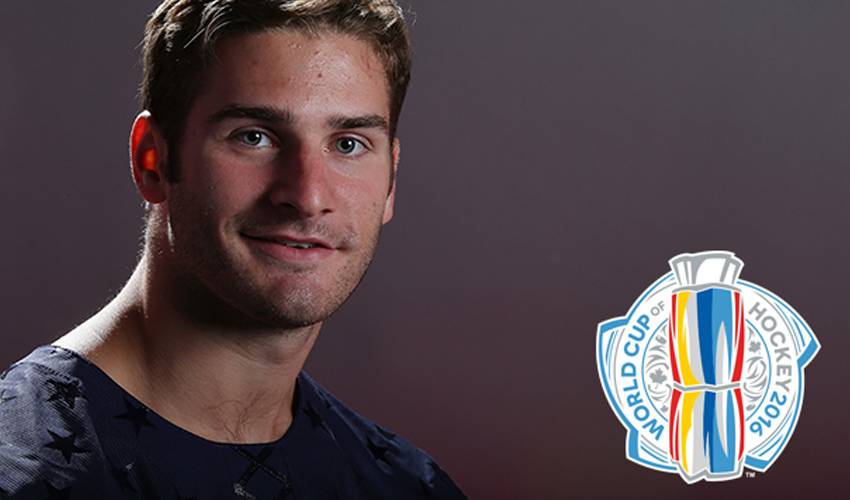 One of the NHL’s most dynamic young forwards, Brandon Saad will suit up for Team North America at the upcoming World Cup of Hockey.

The 23-year-old, who won the Stanley Cup with the Chicago Blackhawks in 2013 and 2015, now patrols the left wing for the Columbus Blue Jackets. Last season, he tallied a career-best 31 goals and 53 points.

Before the puck drops on the World Cup, Saad takes fans on a tour of his hometown of Gibsonia, Pennsylvania.

History: The town is named after the Gibson family, who settled the area. It’s located in Allegheny County and Richland Township.

Making tracks: The town is home to the Western Pennsylvania Model Railroad Museum. The museum holds an annual Holiday Train Show each year, running from mid-November to mid-January.

Big Ben: Pittsburgh Steelers quarterback has a house in Gibsonia.

From here to there: It’s just under a five-hour drive from Gibsonia to Air Canada Centre in Toronto, the site of the World Cup, a total of 498 kilometers or 309 miles.

Hometown pride: “It's a small town. I think I'm most proud of how the people are that live there. Everybody is friendly.”

The sporting life: “I lived in a big neighborhood with a bunch of kids around my age so it was always fun running around after school. We'd all get together and hang out playing different sports or going to the local pool.”

Tour guide: “Not much is really around, being about 35 minutes north of the city (Pittsburgh). I would probably take fans to the city to see the skyline or Mount Washington.”

From Gibsonia to the world hockey stage: “I’m excited about the experience of playing in an international tournament and this time being mixed in with Canadians that I usually wouldn't get the opportunity to play alongside with.”

Rest & Relaxation A Key For Saad

Saad Glad to Make a Difference