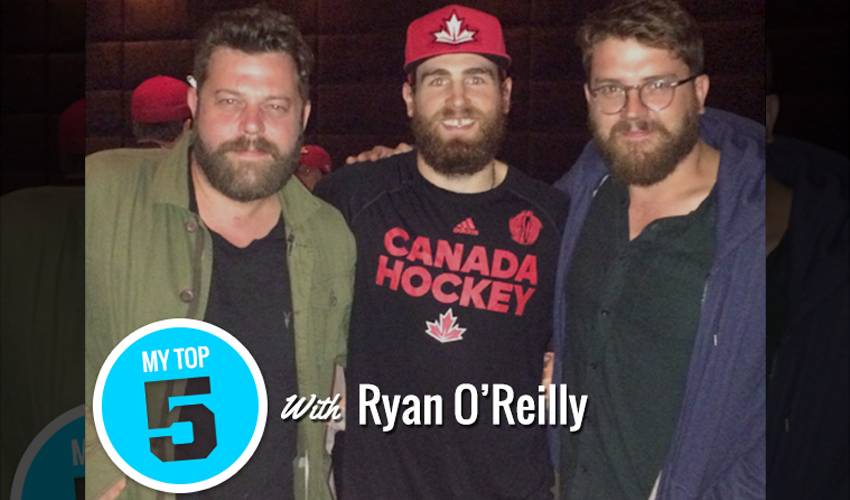 “I grew up all around music,” said the Buffalo Sabres alternate captain. “My dad has a great singing voice and my mom just loves listening to music.”

When he’s not playing the guitar in his spare time, the 25-year-old centreman, whose international gold medal haul includes victories at the 2015 and 2016 editions of the World Championships and the World Cup of Hockey 2016, loves to be front and centre at a concert.

The toughest part of tackling this Top 5 list? “I don’t want to leave anyone out,” said O’Reilly. “I think we’re going to have to go with some honourable mentions.”

“I love every single song they have. They are really incredible. This is one group I’d definitely recommend to everybody.”

“He’s one of the all-time greats. I love to listen to his music. I can remember my mom – she was born in the Motown era – taking me to hockey practices and she’d love it when a Marvin Gaye song would come on the radio. She loves R&B music and I really took to it right away.”

“Eddie Vedder just be might be the coolest guy ever. I know guys that have met him and they say he’s a great person. I’ve seen them live once and it was fantastic. Their stage presence is amazing. It’s such an experience.”

“I had a chance to meet the guys when I was playing in the World Cup of Hockey (for Team Canada). We actually had a game the night they were performing in Toronto. They have this great folky, acoustic sound – it’s a little more upbeat.”

“A few honourable mentions would have to be The Tragically Hip, Lord Huron, R. Kelly, Glen Hansard and Van Morrison. I know there’s a few more, too…”