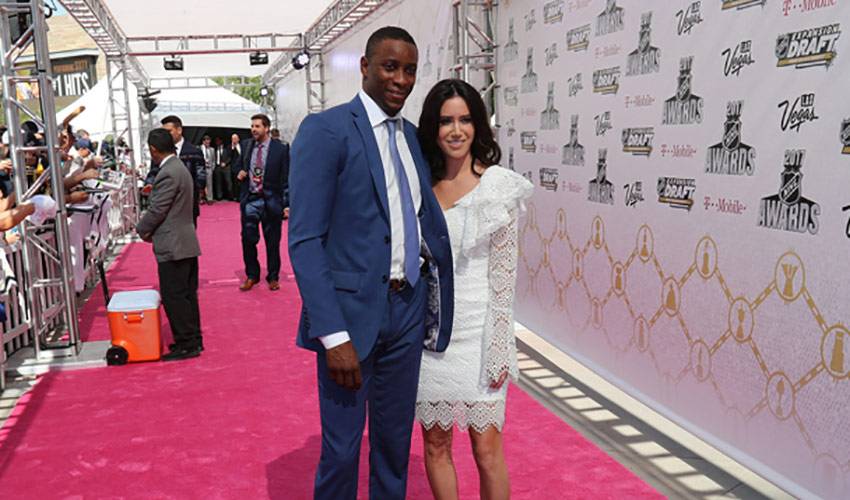 Wayne Simmonds doesn’t have to wear his Philadelphia Flyers sweater to be a difference maker.

A second straight 30-goal season, four game-winning tallies, and MVP honours at the NHL All-Star Game – the Wayne Train was rolling in 2016-17.

From July 7-9, in Scarborough, Ont., Simmonds will make an impact of a different sort. Namely, through Wayne’s Road Hockey Warriors (WRHW), his charity ball hockey tournament aimed at providing opportunities for youth in the community to learn and play hockey.

Simmonds, who’ll also host the Orange & Black Gala at Maison Mercer on July 6, a night headlined by R&B Soul group Blackstreet, will once again have a helping hand from several NHLPA members.

“I’m lucky to have the support of so many people, including some of my best friends in the game,” said the 28-year-old, who has 63 goals over the past two NHL campaigns. “Every year, the guys are happy to come out and hang out with the kids, talk to them and have a great time together.”

The man behind it all is one of hockey’s most giving players.

Simmonds, a finalist for the 2017 NHL Foundation Player Award, has raised more than $100,000 through WRHW.

It’s far from his only charitable endeavor.

He’s also purchased private suites at Philadelphia home games for military personnel, hosted a Make-A-Wish experience and is a big supporter of the Ed Snider Youth Hockey Foundation (ESYHF), joining the board in 2014. Simmonds also dedicates off days to spend time with children from the program.

“Every time you see the big smiles, it makes your day,” said Simmonds, who won gold with Team Canada at the 2008 World Junior Championships. “I’ve been very fortunate in so many ways, including the chance to play the game I love. It’s amazing to see this event growing every year. The guys that come out really want to be here and they want to do whatever they can to encourage the kids to go after their dreams.”

This year, there will be NHL and celebrity autograph sessions, championship, MVP and finalist awards, door prizes and plenty more.

Simmonds has had the dates circled in his calendar for a long time.

“To be back in the community I grew up in and to get to meet with kids and their families – it’s something I always look forward to,” said the Flyers alternate captain who has skated in 687 NHL regular season games, netting 202 goals and 398 points. “This is where it all began for me, the start of my love for the game and so many great friendships. I can’t wait to come back.”

A Guy You Want On Your Side

Teammates and former coaches agree, Wayne Simmonds is the type of player you want on your team